Behind the Board: Eugenic Sterilizations in North Carolina

In the late 1960s, Elaine Riddick, a fourteen-year-old Black girl was sterilized while giving birth. Doctors and the North Carolina Eugenics Board considered her "promiscuous," despite the fact that her pregnancy was the result of a rape, and "unable to get along with others." While there was a consent form for the operation, it was signed with an "x" by her grandmother who could not read. It’s unclear if her grandmother understood what the surgery meant and Elaine, herself, didn’t know she had been sterilized until she was 19 and wanted to have more children

Elaine’s experience is heartbreaking, but it was not unique. From the early 1900s and into the 1970s, approximately 60,000 people were sterilized in the United States. These sterilizations occurred under eugenic sterilization laws designed to limit the reproduction of the "unfit" in 32 states. North Carolina was one of the few states that established an official Eugenics Board, in charge of determining who should be sterilized. This Eugenics Board approved over 7,000 sterilizations and North Carolina had one of the longest running programs, ordering sterilizations into the 1970s. Furthermore, North Carolina set a precedent in addressing this historic injustice by paying reparations to the victims of eugenic sterilization in 2013. This is when Elaine Riddick came forward to detail her powerful story.

Taking North Carolina as a case study, 8 undergraduates spent Spring 2020 collecting demographic and descriptive data from the meeting minutes collected by the North Carolina Eugenics Board in order to document and understand the patterns of sterilization. Our research team is part of a larger research project titled "Demographic Patterns of Eugenic Sterilization in Four U.S. States: Mixed Methods Investigation of Reproductive Control of the 'Unfit'." Funded by the National Institutes of Health, this project is a collaboration between Dr. Lira and scholars at University of Iowa, University of Michigan and Rutgers University to build and analyze datasets on eugenic sterilization in California, Iowa, North Carolina and Michigan. The goal of the project is to examine how eugenic stereotypes about race, gender, sexual behavior and disability influenced decisions about who was "unfit" and who should be sterilized. While few of the people sterilized in North Carolina were Latina/o, we have been mobilizing questions and analytical lenses that are central to Latina/o Studies. Specifically, we are examining the ways that race, nationality, gender, class, sexuality and disability have been used to establish social hierarchies and justify state interventions into the reproductive lives of marginalized populations.

The data entry process is multifaceted and hands-on, providing the team insight into the different ways racialized medicalization occurs. As researchers, we note the characteristics of each case in addition to other factors such as where the procedure was administered, who consented to the operation, the reason for sterilization and the ultimate decision of the Eugenics Board. All details are documented as sterilization reports are analyzed and diligently reviewed. The research process is collaborative, and we assist each other in assessing and labeling sensitive data in these decades-old archival records. Our team transitions from working independently on data collection to bi-weekly meetings while also balancing academics and personal responsibilities.

Working on this research team has been an eye-opening experience. Over the course of the spring semester, we expanded our historical knowledge on eugenic sterilization in North Carolina and built a skillset that is relevant in the fields of Latina/o Studies, History, and Public Health. The North Carolina Eugenics Board records are black and white, and they help us understand what sterilization victims went through. Building the dataset reveals the dehumanization of specific marginalized communities in the state; primarily Black, disabled, and working-class people. Members of the Eugenics Board showed a complete disregard for bodily autonomy and the reproductive future of the victims involved. The rationales given for sterilizations were not only inconsistent but also revealed racism and bias among the Eugenics Board members. In the case of Elaine Riddick, being mislabeled as "promiscuous," even though she was raped, was enough justification for the Eugenics Board to sterilize her. The larger significance of this history remains as racialized communities continue to experience marginalization, racism, and substandard care in medical settings today. 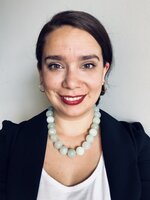