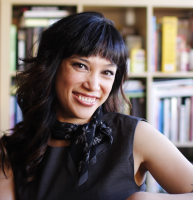 Lisa Cacho's work demonstrates how race, gender, sexuality, class, nation, and legality work interdependently to assign human value and to render relations of inequality normative, natural, and obvious in both dominant and oppositional discourses. To understand how the rhetoric and discourse of value are both institutionalized and popularized to devastating effect, she analyzes a range of sources, such as ballot measures ascribing “illegality” to persons, legal provisions targeting “criminal aliens,” court documents evaluating degrees of “guilt,” and related media accounts that manage and make sense of racial contradictions. Her book, Social Death: Racialized Rightlessness and the Criminalization of the Unprotected (NYU press, 2012) examines the ways in which representations of race and race relations mediate how we affectively and intellectually apprehend criminal justice and civil/human rights.

Julie Dowling is currently working on a project on how various racial groups feel about the government. The project draws on interviews in Chicago and the San Francisco Bay Area, as well as original survey data from Illinois and California. 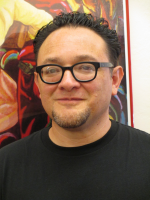 Prof. Inda is currently working on a book tentatively titled Confined to Death: Uncaring Medicine and the Necropolitics of Detention. The book focuses on the deadly consequences of care in immigration detention. It argues that the states’ responsibility to care for those in its custody clashes with the governmental and popular construction of immigrants as undeserving criminals, producing what he calls “uncaring medicine.” This is a type of medicine that cares little for migrant bodies, providing only enough care to minimally sustain life. The goal of detention care appears to be nurturing the lives of detainees only modestly—to give them just enough care so that they are in good enough health to be released or deported. This just enough approach to medical care in detention has disastrous consequences for detainees. Many migrants need more than just enough health care. Since 2003, there have been about 188 deaths in immigration detention. Substandard care contributed to many of these deaths. Ultimately, the book suggests that spaces of detention function as technologies of elimination where migrants are uncaringly treated to death. 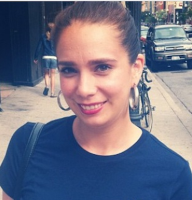 Isabel Molina-Guzmán's research examines the relationship between ethnoracial, gender, sexual identity and media discourses in the reproduction of inequality.  She is author of Dangerous Curves: Latina Bodies in the Media (NYU Press, 2010) and Latinas and Latinos on Television: Colorblind Comedy in the Postracial Network Era (University of Arizona Press, 2018). Her works have appeared in numerous edited collected and academic journals such as Latino Studies, Journalism, Popular Communication, Critical Studies in Media and Communication.